“Nobody believes what you say; it’s just your jive talkin’ that gets in the way.”

An outlet for all that excess energy

"I thought you said they would be out all weekend on a fishing trip!"

Next time stick to mussels, fries and beer

Why they evented football

Because otherwise you might do something stupid with all that extra free time on Saturdays and Sundays.

Lately the “Saturday Night” part has become more figurative than literal. But rather than apologize, we’ll just pull out our nifty little “artistic license”.

Once upon a time on google…

"We figured there was too much happiness here for just the two of us, so we figured the next logical step was to have us a critter."

When your career as an advice columnist doesn’t pan out…

Performing next: the Master of the Extraordinary and the TES Village Idiots!

Yeah, yeah, I know it isn’t Saturday night any more. But we were a little occupied with other things. However, you can all relax because your weekly jive is finally here. Have fun, you crazy kids!

Why you should always be suspicious of New Year’s Resolutions:

"This year I'm going to do the dishes, take out the trash, wash the car..."

This is what happens when you tell a nerd to relax.

I knew I picked the wrong job:

I should have been a sheikh… 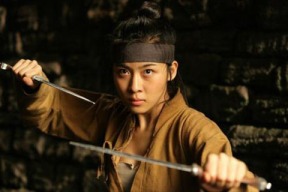 Kirill inspected his fingers, which had turned bright red. Gently blowing warm air, he slowly rubbed his hands together. When he could freely move each of his fingers, he cracked his knuckles and quietly chuckled to himself.

After he had turned back around to face Fedir, Kirill squinted and momentarily covered his eyes. The sun was out, and its harsh glare glistened in the endless sea of white. Kirill patiently massaged his eyes with his palms before recommencing the deliberate march towards the forest.

Confused, Alena chased after them and shouted:

Fedir shook his head and replied without a backward glance:

– Are you kidding? Why would we let you come along? You’re a girl.

Alena paused as she quickly shifted her eyes from Kirill to Fedir to the ground and then back again.

– What’s wrong with being a girl?

-Where do I start? Girls are weak, stupid, ugly, annoying, dumb… and they smell bad! We couldn’t even use you as bait for the tig–

Alena stopped Fedir before he could finish, clocking him square in the jaw with a clenched fist. Fedir toppled over onto his back. Startled, Alena stammered a muffled apology and hastily bowed to both boys in turn.

Kirill, meanwhile, had collapsed in the snow he was laughing so hard. Finally, he ambled back to Fedir, who was violently scraping at the frozen earth with his sword, and helped him up. Then Kirill calmly turned to Alena and taking her aside, quietly told her:

– Don’t worry about it. In spite of his golden locks and his delicate frame, he is a lot tougher than he appears. All the whining and moaning is just his way of showing his respect for you.

– As for our little hunt, you are welcome to come along if you want. Just don’t expect a fun carefree adventure. My father, after all, was considered the fiercest and bravest of all the hunters in our village before the tiger killed him. It’s possible that we might not make it back home again.

This holday season, get extra close to your lover…

…Without your arm falling asleep!

Although this would be even better…

While we may not be the brightest bulbs in the box (especially Carlos), five bucks says we’re not the only ones who would “jump in” just to be sure.

Finally, we here at Tales of Extraordinary Sanity, would like to wish you and your family a very merry Christmas (except for your Uncle Herbert, who gives us the creeps)!

This is a new type of column we are introducing here at Tales of Extraordinary Sanity called “Saturday Night Jives”. Every Saturday evening we are going to post a few of our favorite images, videos and sites that we came across during the previous week. Comments, criticisms, or suggestions for the following week are more than welcome. Enjoy (or I’ll come and find you)!

Can I help you?

Adventures of a Brazilian Redneck: I Hate Soccer!

So as you may have gleaned from the Master of the Extraordinary’s “kind words”, I have spent the last few months in Brazil. While I won’t go into too many details about my time here (remember what they say about Vegas?), I have found a talented, funny Brazilian writer from the interior of São Paulo, who has agreed to share his own perspective on this tropical paradise that he calls home. Please give a big, warm TES welcome to Mr. João Ferrrari Pinto.

One of the first requests I always get from foreigners is to show off my “soccer moves”. Just because I’m from the country of the jogo bonito, I automatically must have prodigious abilities with a ball. Does nobody realize how annoying that assumption is? It would be like going up to a French guy you met in a hostel and asking him to make you foie gras, quiche and snails for dinner or telling the waiter at the Chinese restaurant that you want to become his disciple and learn the subtle art of Kung Fu.

Not all Brazilians can dribble past twenty defenders before springing into the air and bicycle kicking the ball into the goal. Nor have they all played on professional teams in Europe with the likes of David Beckham and Cristiano Ronaldo. And yet somehow I was always picked first for impromptu games when I was in the US (never mind the fact that I really was better than any of the Americans).

The truth is, I hate soccer. It is a boring low-scoring sport filled with spoiled narcissistic crybabies, who spend more time grooming their hair and shopping for trendy clothes than they do preparing for games. Personally I prefer mixed martial arts. There’s no pretending to fall down or whining to the ref because that big jerk from the other team “touched you”. It’s just two men duking it out to prove who is tougher. Give me Anderson Silva over Pelé any day.

Nonetheless, I still plan on watching Santos (Pelé’s old team) play Barcelona this Sunday in the Club World Cup at 8:30 in the morning. Although this may seem to contradict everything I just wrote, I assure you that it is out of no love for the game that I am waking up at that ungodly hour. Instead, the idea of watching a Brazilian team beat a European team with an Argentinean star is worth upsetting my precious Sunday morning beauty sleep.  Moreover, if Barcelona does manage to win, you can be sure that the three Brazilians on their side had something to do with it.